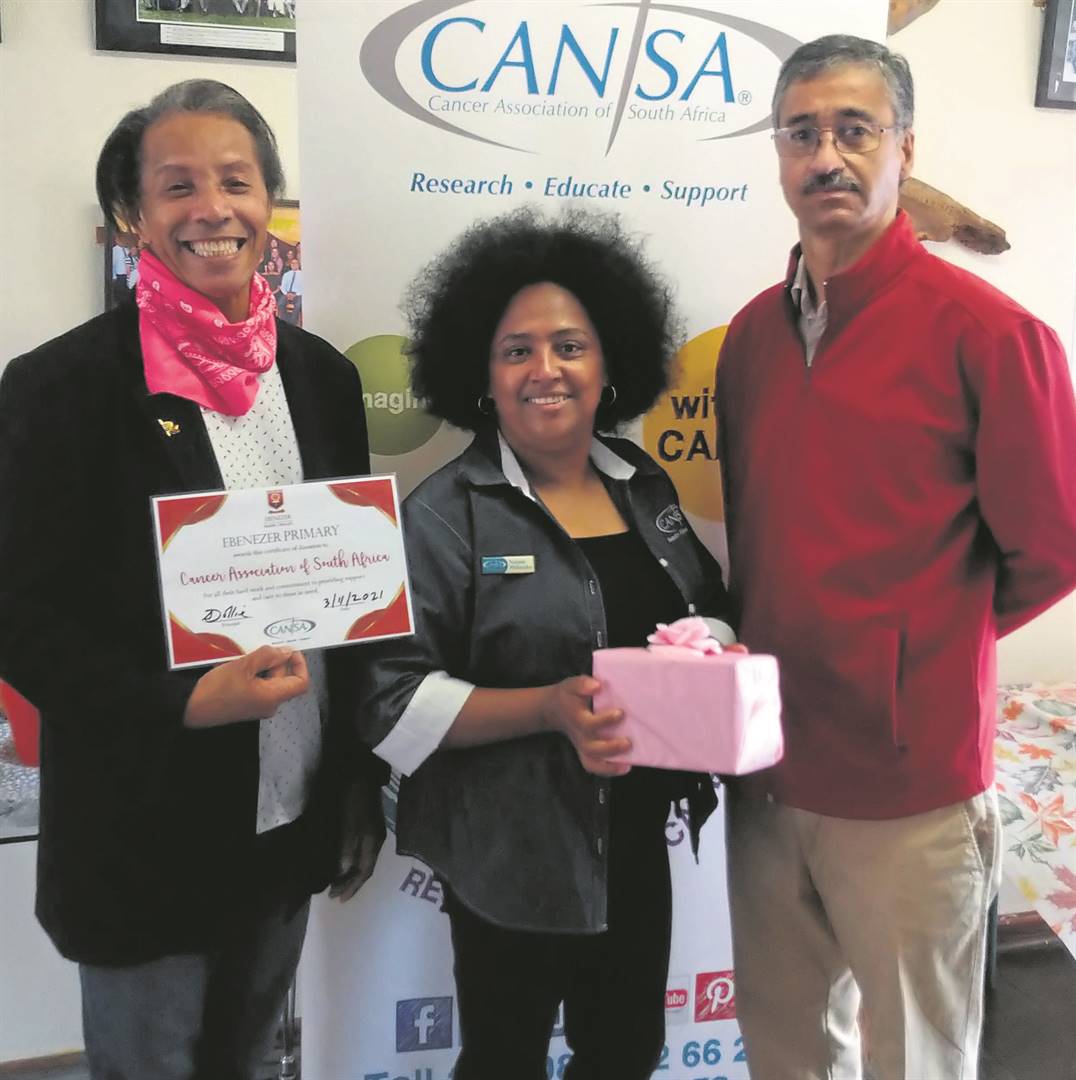 Ebenezer Primary School recently embarked on a cancer awareness campaign to raise awareness and funds for those who have been affected by breast cancer. This campaign coincided with breast cancer awareness month, which was held in October. On 28 and 29 October the learners and teachers were encouraged to wear pink and make posters in support of breast cancer awareness and stood in Klein Drakenstein Road to raise awareness in the community. Following an informative presentation by members of Cansa, the school made a donation to Cansa Paarl. From left are Karel Dampies (volunteer at Cansa Paarl), Naomi Philander (social worker at Cansa Paarl) and Shameel Dollie (acting principal of Ebenezer).
Volgende op Netwerk24
Kry jou inenting makliker hier