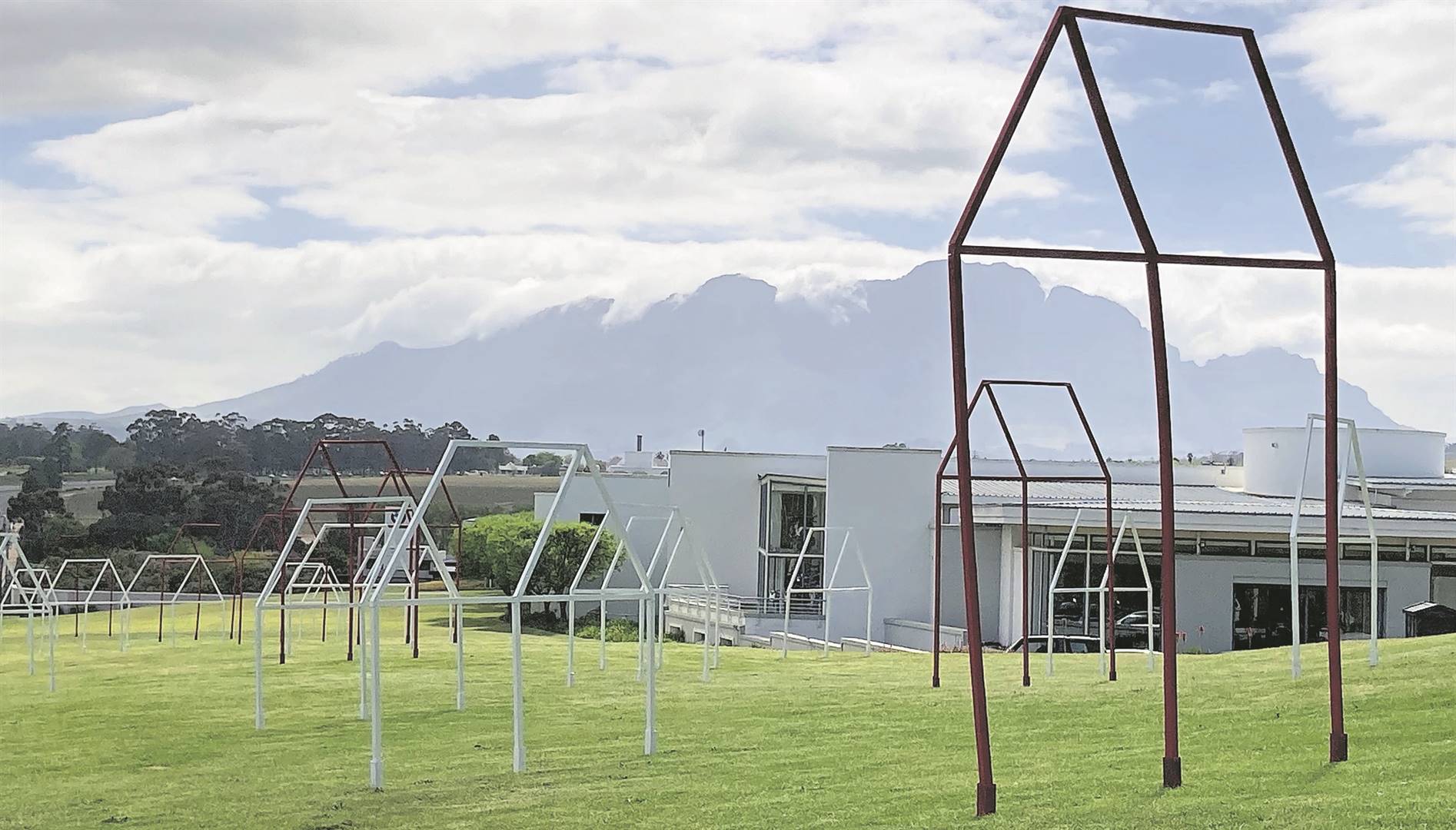 A piece of the artwork currently on display.Foto:

The sensitive issue of gentrification in Jamestown has recently been addressed through the use of land art by well-known land artists, Strijdom van der Merwe and the urban geographer, Ronnie Donaldson.

Van der Merwe and Donaldson are from the department of Geography and Environmental Studies at Stellenbosch University.

The land art which was named Artwashing juxtaposed twenty white house structures that was erected on the lawn between the R44 and the Stellenbosch Square shopping centre in Jamestown.

“Artwashing is a multidisciplinary approach. Through this artwork we aim to show how art is juxtaposed and artists do not necessarily have to be the driving force behind regeneration and gentrification of an area,” says Donaldson.

He says that through using art as a medium to create awareness a positive message on this topic can be created. He says art can be used as a strategy to aestheticise urban areas that are associated with, among other things, urban decay, relatively low property values or low-income residents.

“The commissioning of street art in recent years has become more prevalent especially in Cape Town and Johannesburg in order to reform urban spaces. Critics argue that property developers use artists as a form of regenerative ‘cleaning’ in the process of aiding gentrification.”

Artwashing came into being in 2014 to describe the intersection between art and urban regeneration.

With the unprecedented urban growth that Stellenbosch has experienced over the past 15 years, more and more pressure is being placed to develop in these settlements to accommodate the flood of capital. All five are located in an idyllic natural landscape setting.

All are inhabited mainly by coloured residents who have lived there for generations with a strong sense of togetherness that exists between the residents.

Plans were recently approved by the municipality for a third gated development, despite objections from local interest groups. Single residential properties are bought up by higher-income “incomers” (which includes many celebrities).

“Their entry into the property market in Jamestown again contributes to the construction of new, larger and valuable homes that increase the property values of the neighbourhood.”

Donaldson adds that their presence also contributes to the creation of a desegregated neighbourhood, an idealistic goal of post-apartheid planning.

Co-project team members, Manfred Spocter (SU) and Delia AhGoo (NWU) are working with Donaldson to write a set of policy guidelines that will be presented to the municipality on how they can assist communities and residents of gentrified neighbourhoods.

“There is more to simply changing the residential character of these small settlements around Stellenbosch. These places are a good example of living heritage. There is currently no municipality in South Africa that has a policy on how to manage gentrification sensitively and it is the project team’s wish and goal that their proposals will be taken seriously by the municipality.”

The installation/exhibition is on view for the month of October.

As part of the broader project, various art exhibitions by, among others, art students from Stellenbosch University with the theme Artwashing will be shown over the next two years and a documentary film (in collaboration with Dorette Potgieter Productions) will also be produced.