JY LEES NOU It all began with Big Boy

It all began with Big Boy “There’s a leopard on my stoep!” It’s not something you hear everyday, except if you live on the Hoedspruit Wildlife Estate like Villiers Steyn. Villiers is a wild life photographer and field guide, and in this blog he shares the stories of the leopards he captures on trigger cameras around the estate. Read his blog here every two weeks!

“There’s a leopard on my stoep!” It’s not something you hear everyday, except if you live on the Hoedspruit Wildlife Estate like Villiers Steyn. Villiers is a wild life photographer and field guide, and in this blog he shares the stories of the leopards he captures on trigger cameras around the estate. Read his blog here every two weeks!

It all began with Big Boy.

I’ve always been surrounded by leopards. As a schoolboy on family trips to the Kruger I would search for them in the koppies around Berg-en-Dal. As a student I studied their movement patterns for four years in Botswana’s breathtaking Tuli Block, and today I photograph them on a monthly basis in the iconic Sabi Sand Game Reserve whilst leading photographic safaris for Tusk Photo.

Believe it or not, they even drink from our birdbath. That’s right! I’ve seen a leopard quench its thirst at our cement birdbath in broad daylight.

This would not have been possible had my wife Tabby (also a travel writer) and I not moved to the Lowveld in November 2013. Burglar bars, e-tolls and shopping malls became too much for us, so we decided to sell our apartment in Pretoria and move our base to the bush. We chose Hoedspruit, a tiny little town with no traffic lights that’s nestled between the Blyde River Canyon and the Kruger National Park. Hoedspruit is close to many of the wildlife areas we write about, so it was an easy choice. Here, people and wild animals live side by side in estates that are essentially suburbs in the bush. We moved into one called the Hoedspruit Wildlife Estate.

At 600 ha, the Hoedspruit Wildlife Estate is about the size of a small game farm, and it feels like one too when you leave the tarred residential area to explore the green belt. Here a network of gravel roads link up a series of waterholes and bird hides. It’s home to zebras, giraffes, kudus and most of the Lowveld’s common game species, but not to the Big Five…with the exception of the leopard! Left: A small wooden fence keeps the warthogs and zebras off our lawn. Right: Houses are connected by tar roads in the residential part of the Hoedspruit Wildlife Estate. Left: There’s no fence dividing the residential part and the green belt. Right: There are only gravel roads in the green belt, the Hoedspruit Wildlife Estate’s game viewing area.
Four months after we had moved in, at 6.30 am on 24 March 2014, we heard the unmistakable rasping sound of a patrolling leopard a stone’s throw from our house. Instead of going for a run as we had planned, we jumped in the car and headed straight in that direction. Two minutes later we (together with some very nervous Natal spurfowl) were staring into the eyes of a colossal male leopard. He flat out ignored and continued his patrol down the road until we lost sight of him fifteen minutes later.

It was Big Boy, the resident dominant male, named so by residents for obvious reasons. We made it our mission to see Big Boy as often as possible. We’d listen out for the alarm calls of impala and vervet monkeys, as well as leopard calls like the one we heard on that first morning. We saw him at least another ten times before he mysteriously disappeared in June 2015. On three of those occasions he came to us, walking through the garden in broad daylight, stopping off at the birdbath for a drink before carrying on to the neighbours’ plot.

Surely he wasn’t alone, I thought to myself. There had to be other leopards around. Big Boy was seen regularly because he was so relaxed. Through spot pattern analyses we later learned that he was born on Thornybush Game Reserve nearby and that he grew up around safari vehicles - hence his relaxed nature. Other shyer leopards could easily go unseen. And so began my quest to identify all the leopards that call the Hoedspruit Wildlife Estate home.

The only way to do this successfully was to put out camera traps – small camouflaged cameras that take photos or video clips when triggered by a combination of movement and heat. We got the first as a wedding present, two were sponsored (by the local 4x4 store, Lowveld Camp & Gas, and camera trap distributor Camera Traps CC), and funds for the fourth were raised through an online crowd funding campaign and eventually bought at a discount from the local photographic store, MJ’s. We won the last camera trap in a competition with footage of a stand-off between a leopardess and three porcupines. Left: Our first ever sighting of Big Boy was on Guinea Fowl Road in the green belt. Right: Big Boy wasn’t scared of cars or humans and often walked in between the houses. 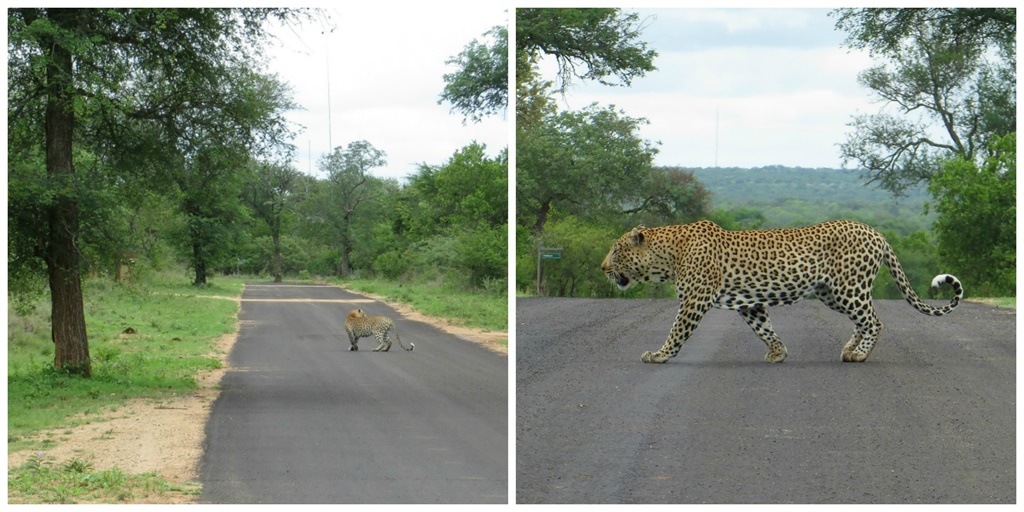 Left: Big Boy looks over his shoulder at a troop of vervet monkeys in Wag-‘n-Bietjie Street. Right: Some of our Big Boy sightings felt like typical Kruger Park sightings. 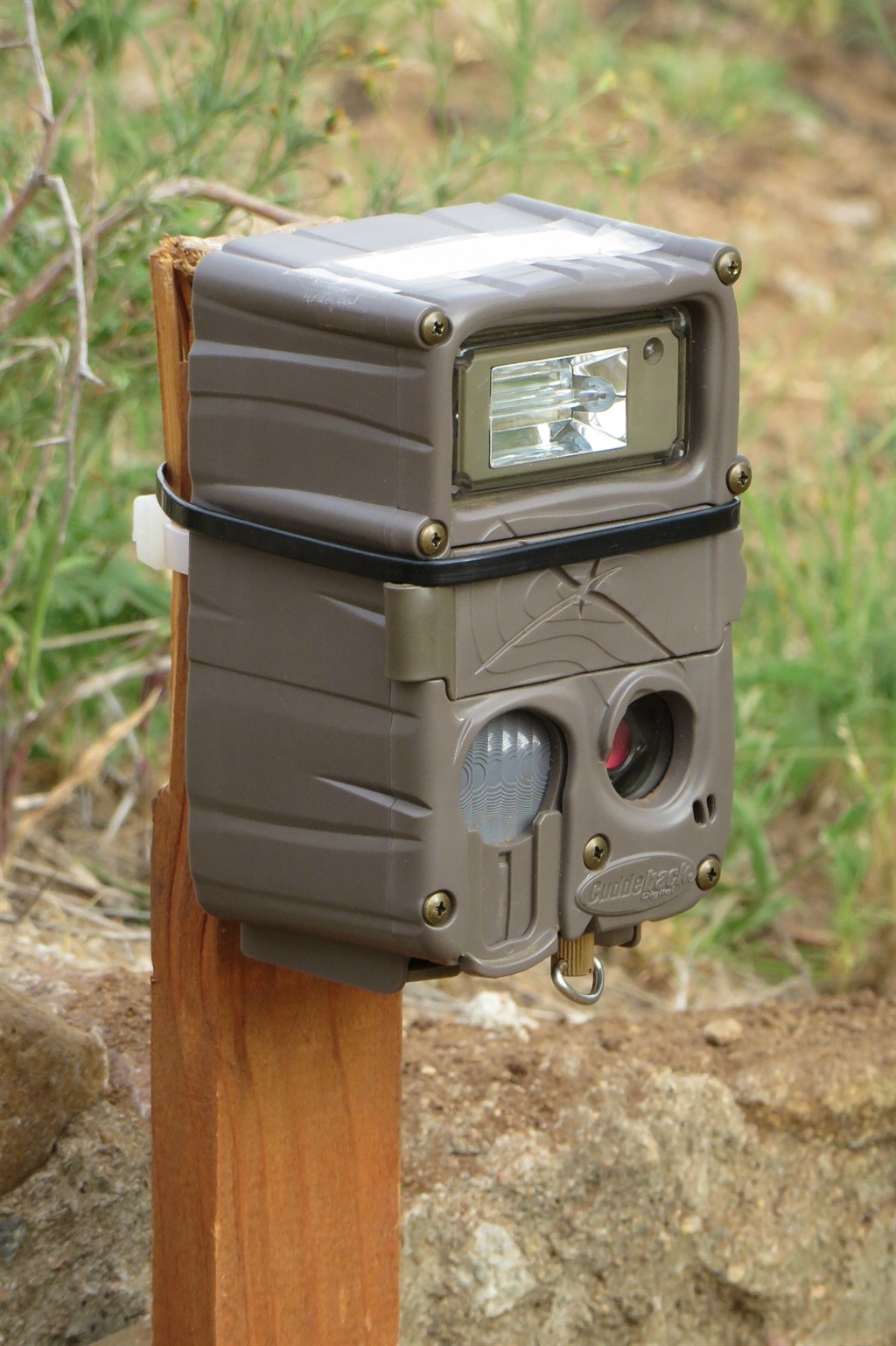 One of the five camera traps currently placed out in the estate.